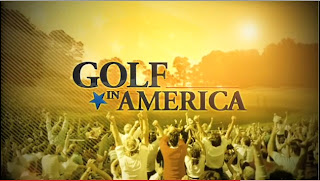 The Golf Channel keeps over 120 million homes informed about the sport’s latest breaking news with ''Golf Central.'' When a strong new package of theme songs was needed for their marquee program, they turned to Stephen Arnold Music, the leaders in original music and sonic branding.

The assignment to refresh “Golf Central” was the latest in a string of recent collaborations between Stephen Arnold Music and the Golf Channel, including the shows ''Golf In America,'' and ''Grey Goose 19th Hole.'' For “Golf Central,” the directive was to create an emphatic opening theme for a show providing elite analysis of one of America’s most popular sports.

''This theme was a unique chance to evolve the music that’s associated with a particular sport,'' says Stephen Arnold, President of Stephen Arnold Music. ''The Golf Channel wanted a bigger sound with lots of energy to appeal to a young audience. In addition, they wanted a sonic logo -- or mnemonic -- with the potential to become a classic signature that people can immediately recognize and remember.''

Stephen Arnold Music composed a package of four highly motivational themes that mix the power of a 1-wood drive off the tee with all the tension of an 18 hole 15-foot putt. Guitar, bass, real drums and subtle electronic elements provide the pulse, while live brass and strings lend larger-than-life feel to the action that’s about to unfold.

''This wasn’t your standard twinkling-acoustic-piano approach to scoring for golf,'' Arnold notes. ''The Golf Channel is attracting an increasingly youthful demographic. As a result, this theme package presented Stephen Arnold Music with an opportunity to do the sonic branding that we excel at. Our experience at ‘branding the brands’ tells us what questions to ask before we get started, then allows us to interpret what the client tells us and finally assemble the perfect talent to execute the music.”

Given the chance to capture the pageantry and majesty of golf, and then inject it with a firm dose of 21st Century attitude, Stephen Arnold Music didn’t hesitate.

''Golf Central is a program that a lot of people watch,” Arnold concludes. “Being invited to compose the theme for their marquee show was a very special assignment.”

Click here for more info about the Golf Channel:
http://www.thegolfchannel.com/golf-tv/
Posted by Ray Ecke at 2:16 AM No comments: 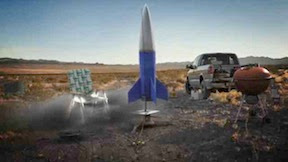 PHILADELPHIA -- Nothing says ‘guy-fun’ like rocket science and the possibility of things blowing up. Those two elements are conveniently combined in Science Channel’s new show 'Large, Dangerous Rocket Ships.' Ahead of its July 5 premiere, BIGSMACK, the live action/design studio led by Creative Director Andy Hann, created promo spots (:30 and :60), and a comprehensive toolkit for Science Channel producers for use in future teasers, bumpers, promos and more.

Part reality show, part competition, Large, Dangerous Rocket Ships centers on rocket enthusiasts from around the country who gather every year in Lucerne Valley, CA for the ultimate event in competitive rocketry. Contestants launch homemade rockets of all types and sizes (including one made from a port-o-potty) to altitudes of up to 100,000 feet.

''This is our first assignment for the Science Channel, but we know the creative team and producers well thanks to our work for sister channel Discovery,'' Hann says. ''They trusted us to take the concept, which they loved, and bring it to life. The idea was to have fun with the notion of launching these crazy things, and make it very guy-centric, while giving it this comedic-bent because you never really knowing what object is going to launch.''

Working on an extremely tight turnaround of just two weeks – an amazing task given the amount of 3D animation in the spot -- the 'Large, Dangerous Rocket Ships' promo begins with a shot of a vast desert with four distinct objects in the foreground – a lawn chair, a barbecue, a pick-up truck and an actual rocket that looks to be about six or seven feet tall.

Seemingly shot with a handheld camera, we hear a group of unseen guys narrate the action. The promo takes an unexpected twist as the guys’ countdown and instead of the rocket, the lawn chair fires up and launches, followed by the barbecue. Finally when the actual rocket is set to go, there’s an unexpected breakdown. The guys are temporarily disappointed, that is until the rocket lights up and lifts off dramatically to a chorus of cheers.

The promo ends with the BIGSMACK created tagline: ''Average guys, not so average competition.''

To create the detailed 3D animation and compositing, BIGSMACK called in their newest talent Sr. Visual Effects Director Dave Zeevalk and Sr. Art Director Jason Salo. Working with just a few still photos of the Mohave desert with a pick-up truck in the background, the team added extensive amounts of 3D animation -- everything from specific objects like the rocket, the lawn chair and the barbeque; to the smoke and fire that accompanies each launch; to the miscellaneous debris and dirt around the objects. In addition, they also enhanced the complex lighting and shadows.

''This project came together so fast that getting it done required a leap of faith on our part and the clients,'' Hann adds. ''In a way that was liberating because we didn’t have time to over think things. We had to trust the concept and our own instincts and go for it.''