Tonal Goes To The Movies 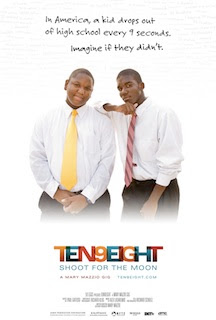 In addition to TEN9EIGHT, Tonal also worked on the terrifying documentary Cropsey, which was most recently seen in February at the Philadelphia Film Festival; and The Aspern Papers, a modern telling of the Henry James novella of the same name.

''Indie filmmakers all want same thing: for their movies to stand out,'' Lasarenko says. ''That usually means they want to push the envelope musically as well. Each of the films we scored recently is very different, but if there is a unifying theme to them it’s that the music is bold, adventurous and above all memorable.''

TEN9EIGHT:
TEN9EIGHT, produced and directed by award winning filmmaker Mary Mazzio, chronicles the inspirational stories of several teens from low-income communities who enroll in a course at school -- an innovative program that teaches these students how to become entrepreneurs. 24,000 students, from Harlem to Compton (and all points in between) then enter a nationwide business plan competition run by the Network for Teaching Entrepreneurship (NFTE) and what they learn along the way profoundly changes their lives and destinies.

Musically, Lasarenko notes, Mazzio initially wanted an array of musical textures, something to match the lives of each kid profiled in the film. However, Lasarenko felt strongly that in order for the music to be effective it had echo the larger themes of each teen’s journey from despair to inspiration to redemption.

''It was important that the film have some basic musical theme that link each teen’s story in a larger context,'' Lasarenko says. ''I composed a theme for when they describe their low points, another for when they describe the positive change they decided to make in their lives, and yet another when they find success. The challenge was composing these over-arching themes and then creating numerous variations on those themes that coincide with their individual stories.''

Cropsey
A complete 180 from TEN9EIGHT is Cropsey, a documentary by two filmmakers who investigate the mystery surrounding five missing children in their home town of Staten Island, New York and the real-life boogeyman linked to their disappearances. For this, Lasarenko perfectly captures the chilling nature of the story with a simple-yet-haunting, sparsely orchestrated theme.

Although the film is powerful throughout, the most intense sequences occur when the filmmakers investigate the abandoned hospital for the mentally handicapped said to have been the home of the accursed murder. Lasarenko adds to the scary atmospherics by sampling the sounds of screaming, moaning hospital patients heard on an actual Geraldo Rivera television news report from the 1970s where he investigated the hospital for negligence and abuse. Those samples were then used to create an eerie sonic bed for Lasarenko’s music.

''For Cropsey my goal was find out exactly how a melody can be beautiful and evil sounding at the same time,'' Lasarenko notes.

The Aspern Papers
In The Aspern Papers, a modern adaptation of the novella by Henry James set in Venezuela, a young American publisher sets off on a journey to acquire the valuable and original manuscripts of his beloved poet, Jeffery Aspern. There he discovers the poet's ancient muse and her reclusive niece. The American invents a false identity convinced that once inside their house he will get his hands on the precious papers. The tables soon turn though.

''Like the film, the music is journey as well,'' Lasaenko, says. ''In the beginning, the music has lots of movement -- a restless sense, but as he starts to realize he’s being manipulated, the music starts to get simpler and more introspective. I also took the South American setting to incorporate some indigenous instruments such as the quattro, a four-string guitar and numerous percussion instruments. All of which helped capture the mood and sense of place perfectly.''


About Tonal:
Founded in 2002 by award-winning composer/sound designer Alex Lasarenko, Tonal is a place where original music and ideas converge in an artistic environment. Clients ranging from advertising agencies, television networks, feature filmmakers and record labels have sought out Tonal for their distinct ability to craft memorable music no matter the genre. Located in the heart of Manhattan’s West Chelsea arts scene, the company’s offices are destination for artists and performers of all stripes from around the globe. For more information about the company visit http://www.tonalsound.com


Web Resources:
For more into about Tonal:
http://tonalsound.com/

For more info about The Aspern Papers:
http://www.imdb.com/title/tt1468741/maindetails
Posted by Ray Ecke at 10:07 AM No comments: 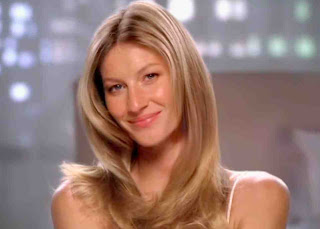 NEW YORK -- For Claudia Reda Walker, resident fashion/beauty editorial expert at full-service creative post house BOND, every commercial she works on is a chance to add something new, fresh and exciting to the genre. Her latest project -- a nine-spot campaign for Pantene, featuring supermodel Giselle Bundchen, created by agency Wing, New York (a division of Grey Global Group) -- is no exception.

''Working with Creative Director Javier Bonilla and his team is always a joy,'' Reda-Walker says. ''Time after time he brings me beautiful footage, and the Pantene spots were no different. We agreed on an elegant-yet-modern cutting style. ‘Summer’ was particularly fun to cut. Javier trusted me do my own thing. I let the images flow one into the other, using the sun’s natural glares to transition from one shot to the next. The idea was to enhance Gisele’s carefree attitude. The cut had to be effortless and smooth. I opened the spot with just the wave sound to reinforce this.''

In the spots featuring Bundchen, which are targeted to the Brazilian market, we see Bundchen in a variety of settings -- a white sandy beach, a beautiful hotel room, an elegant loft with large stain glass windows. In each spot Bundchen speaks directly to the camera about her hair, its needs and how Pantene Pro V helps keep it looking beautiful. Her testimonial is intercut with glamourous shots of her natural, flowing hair.

Other spots in the campaign target specific markets such as Colombia, Mexico and Argentina, featuring testimonials from models and celebrities from each country. In the ads they talk about their work and how it often means their hair is mistreated, colored, ironed, blow-dried, etc. Thankfully Pantene helps restore it to its natural health, shine and beauty.

''Because the spots were not scripted and the women interviewed for hours, the editing challenge was to compress their testimony into just 30 seconds,'' Reda-Walker adds. ''They had to be engaging, informative, interesting and natural and yet deliver the campaign’s message. It took a lot of work to make it all effortless and cohesive.''

About BOND:
From inside their beautifully designed 6,500 square foot studio, BOND (http://www.bondedit.com/) – the creative editorial/post house founded in 2006 by editor Jeff Beckerman – lends its versatile talents to the best in cross-platform advertising and entertainment. They offer clients a full menu of creative services, including editing, graphics, motion effects and sound design/audio post. For more information contact Executive Producer, Stephanie Shayne at stephanie_shayne@bondedit.com or 212-533-9400. 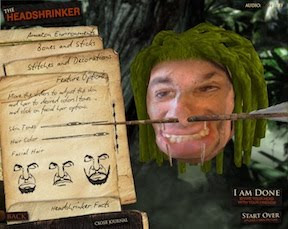 Reading, PA -- To celebrate National Geographic Channel’s (NGC) ''Search for the Amazon Headshrinkers,'' which kicked of the network’s 2nd Annual Expedition Week, Neo-Pangea teamed with NGC to create ''The Headshrinker,'' a versatile web application that allows users to upload any photograph (your boss, your mother-in-law, that shifty cousin who owes you $50…) and transform it into a realistic-looking 3-D shrunken head.

From there, users can customize their creepy creation by choosing from four different head shapes. They can add different accessories including bones, braids, and jewelry. They can also change the color of their shrunken head’s hair or add facial hair to match their own, or create some crazy-freak-alien-hybrid. To further accentuate the experience, users can select from Amazon-inspired environments and different types of background music. They can then share their morbid masterpiece through e-mail, embed on their Facebook wall, or shout to BFFs on other popular social networking sites like Mixx, Twitter, Digg, Delicious, reddit, and MySpace.

''We really had a good time with this one'' said Neo-Pangea Creative Director Brett Bagenstose. ''In fact, the creations turned out to be far more bizarre than we had originally intended. Once we started rotating the images to put the picture’s eye or nose where it’s mouth is supposed to be, it opened up a whole new world of gross opportunities. And yes, I enjoy having a job where a ‘gross opportunity’ is a good thing.''

''The Headshrinker'' is the latest collaboration between Neo-Pangea and the National Geographic Channel. Their first joint effort, ''The Aftermath” timeline, earned Neo-Pangea a National Addy Award.

''National Geographic Channel offers such diverse and interesting content, that partnering with them is always an exciting challenge,'' Bagenstose continued. ''Working with Nat Geo, we’ve had an opportunity to imagine what the end of the world would look like and what our intern would look like with his eyes stitched shut. I can’t wait to see what we’ll get to imagine next.''


About Neo-Pangea:
Neo-Pangea is an innovative digital agency that specializes in digital video production, Web design, 3D design, interactive experiences, and live-environment multimedia.  It has created successful promotions for Fortune 100 brands across the globe such as the National Geographic Channel, Comcast, and Wal-Mart. For more information, visit http://www.neo-pangea.com.