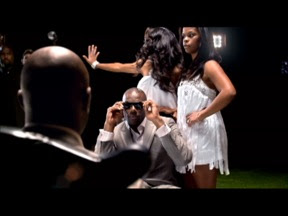 NEW YORK, NY -- Go for two: VH1 needed both intensity and space in the :30 promo for their highly anticipated new program “The T.O. Show.” They called on Nutmeg Audio Post (www.nutmegaudiopost.com) for a standout sound design that would show why the multidimensional athlete Terrell Owens (T.O.) was a star worth watching.

Nutmeg Senior Audio Engineer Mike Vitacco collaborated closely with VH1 Director/Writer Tyler Greco, starting with an extremely productive pre-production, to craft “T.O.” into an arresting promo. Set in a surreally empty football stadium, Owens plays chess with himself, as the camera continually rotates 360 degrees to show the many scenes of celebrity, solitude and psychological intrigue that are his everyday life.

Vitacco’s sound design draws viewers in deeper by employing subtly unexpected sounds and judicious use of space. “This promo explores the internal struggles and multiple identities we all deal with,” Vitacco explains. “I wanted to accentuate the visual openness of the spot. The empty football field with the lights gives the idea that maybe he’s in front of 80,000 fans, or maybe in his own world.”

Vitacco adds, “I try to give every project its own fingerprint, by employing original, organic sounds that I create, instead of whooshes from a library. The sound of champagne pouring into a glass is actually a modified tape shuttle effect, flashbulbs popping are robot gulps, and my guitar through a Moogerfooger delay is also there -- the result is an alternate reality. But it’s not just what the sound effects are: It’s also the space that we were able to lend to each of them. Nothing is rushed, and nothing is stepping on something else.”


It’s in the Mix:
VH1’s Greco teamed closely with Nutmeg from the beginning, planning the visuals in synch with Vitacco’s sound design concepts and an artfully minimalist hip hop track from composer Eddie Cooper of Explosion Robinson. Jamie Hubbard of Cause & [Effect] ensured the video editorial kept sound and visuals perfectly sharp.

“When we collaborated on the pre-production, I did a read of the script myself so Tyler would know exactly how much time he needed for each camera movement,” says Vitacco, who also oversaw the ISDN record of Owen’s VO, and the subsequent mix. “Advance sound work like that helps him not to rush the visuals, and contributes to a top-notch spot.”

“’T.O’ really started with the sound design and music,” adds Tyler Greco. “Once we conceptualized this stark, surreal stadium setting, the audio became just as important as the camera work. Mike’s work really pushed the spot – when it’s over, viewers really have a sense of what the show is about, who T.O. is, who he isn’t, and that they want to know more.”

“Whenever you work at Nutmeg Audio Post, you know you’re going to get a unique perspective on sound,” Greco continues. “Nothing is cookie-cutter there, because they give you a fresh approach. That’s important, because then you get what we accomplished with ‘T.O.’: a one-of-a-kind spot that stands out from the pack.”

Click here for more info about Nutmeg Audio:
http://www.nutmegaudiopost.com
Posted by Ray Ecke at 11:23 AM No comments: 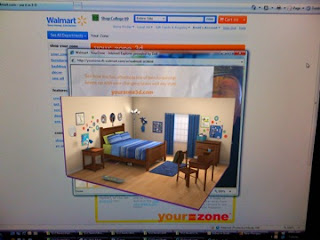 Reading, PA -- The Internet has been changing the way the world works, dates and does practically everything else over the past two decades. However, for all of the life-changing strides the Internet has made in other fields, it hasn’t done much in the way of making furniture lighter…that is until today.

The creative team at Neo-Pangea, in partnership with Wal-Mart Stores, Inc. and their traditional print and television advertising agency, The Martin Agency, is pleased to announce the creation of ''Your Zone.'' This innovative 3-D online experience lets you hold in your hand a virtual room filled with ever-changing Wal-Mart furniture sets, pieces and home décor.

''Because this is a tool that people use to see actual products, it was important for us to make sure the items look exactly as they do in the store,'' said Neo-Pangea’s Royal Alchemist Jason Morris. ''The textures for the individual drapes, sheets, comforters, etc., was taken from photos of the actual products.''

And here’s where it really gets cool...

Users can print a marker on a regular piece of paper using a standard printer and when placed in front of an ordinary webcam, a 3-D room full of Wal-Mart products comes to life in your hands. The fabrics, wall colors and accessories change over time to represent different styles and provide a larger view of their vast product line.

The team at Neo-Pangea utilized Papervision3D to render the virtual room in real time, so that when you rotate the marker, the room rotates. When you move the marker closer to the Webcam, the room gets larger.

'''Your Zone' is a revolutionary way for Wal-Mart shoppers to enjoy a realistic view of how a wide variety of furnishings will look in their homes without having to lug enormous pieces back and forth,'' said Neo-Pangea Baron of Pixels Brett Bagenstose. “It won’t make the furniture lighter, but it's the next best thing."

Based in West Reading, Pennsylvania, Neo-Pangea is an innovative agency that specializes in digital video and audio productions, Web design, interactive experiences, and live multimedia performances. It has created successful promotions for Fortune 100 brands such as Comcast, Nike, National Geographic... and now Wal-Mart.

About The Martin Agency:

The Martin Agency is based in Richmond, Virginia and is part of Interpublic Group of Companies. It has been ranked the #3 Agency in the world by Advertising Age. They lead brands such as GEICO, UPS, Hanes, Wal-Mart, and NASCAR.

Wal-Mart Stores, Inc. is currently ranked number one on Fortune magazine’s prestigious Fortune 500 list and operates more than 7,000 facilities and employs more than two million associates worldwide. For the fiscal year ending January 31, 2008, Wal-Mart was the world’s largest retailer with in excess of $374 billion dollars in sales.

For more information on Neo-Pangea visit:

For more information on The Martin Agency visit: