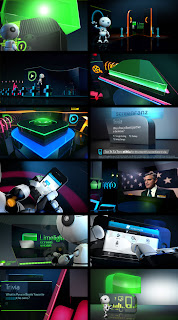 NEW YORK, NY – What would it take to get moviegoers to come to the theater early to see the pre-show entertainment? That was the branding challenge facing Loyalkaspar, the Entertainment Branding Agency led by David Herbruck and Beat Baudenbacher, when they tackled the rebrand of Screenvision, the leader in cinema advertising representing over 2,300 theaters across the U.S.

"Our over-arching goal was to create a pre-show experience that would make audiences purposely get to the theater early," Herbruck says. "Screenvision knew they had to take a more proactive look at their brand and the overall entertainment value of the on-screen presentation. We started with designing a new logo and moved from there to exploring new ways to engage and interact with the audience."

The New ‘S’:
Loyalkaspar senior designer Josh Lynne oversaw the logo design and explained that he wanted to deconstruct the letter "s" down to its most basic elements.

"We set out to explore the shape of the letter 'S' in the name ‘Screenvision.’" Lynne says, "The idea we landed on were these high-tech-looking building blocks that formed the 'S.' The look not only suited the brand, but we saw potential in using the rectangle shape to house and deliver content in a variety of ways."

That simple approach to the logo design belies the complexity of the overall on-screen look -- a richly detailed, futuristic environment replete with sleek geometric lines and vibrant neon colors, reminiscent of the sci-fi classic "Tron."

"CMOR was a hold-over from the old brand," Herbruck notes. "We thought he had tremendous value, both in terms of equity and functionality, but we had to give him more to do and imbue him with more personality. We came up with the concept of Limelight as this futuristic digital playground that explores."

Loyalkaspar producer Melissa August adds, "The challenge for us centered on creating a cool world where all these fun opportunities exist with CMOR as your host," she says. "To keep audiences in their seats we made it immersive and visually engaging." 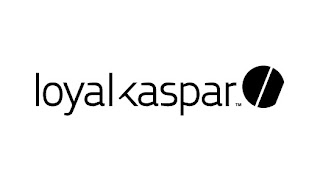 About Loyalkaspar:
Loyalkaspar is an entertainment branding agency with offices in New York and Los Angeles. With an emphasis on crafting unified brand narratives through smart storytelling and an international design aesthetic, Loyalkaspar offers a full spectrum of strategic and creative capabilities from initial insight to final execution. For more information go to http://loyalkaspar.com.