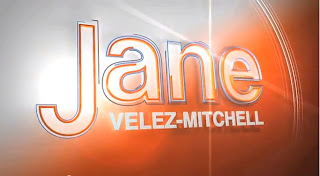 HLN once again turned to Stephen Arnold Music for “JVM” -- the latest in a series of successful collaborations that also includes original sonic brands for the shows “Dr. Drew,” “Prime News,” “Showbiz Tonight” and “Morning Express with Robin Meade.” The objective for JVM: create a strong and compelling theme that mirrored the dynamic personality of the show’s colorful host.

“’JVM’ is a very musically intensive show – HLN treats the themes as theatrical elements,” Stephen Arnold, President of Stephen Arnold Music says. “The new music reflects the drive and passion that Mitchell brings to her reporting.”

Arnold adds, “When we do sonic branding for a show that’s centered around a personality, we spend a lot of time watching them on the air and seeing what they’re about before we even start writing. Jane brings drama, mystery and a lot of positive force to the screen -- our goal was to capture her musically.”

Ratings Up at HLN
HLN’s 2011 ratings broke records for the network, a positive trend involving a growing number of shows scored and sonic branded by Stephen Arnold Music.

“Every show is different, but we understand that HLN needs their music to feel fresh, innovative and artist-driven,” Stephen Arnold concludes. “It’s a sound that’s connected to what their audiences are listening to, and that supports the brand objectives of each show. ‘JVM’ stands out musically, while still being a perfect fit with HLN’s lineup.”