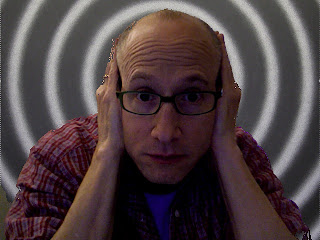 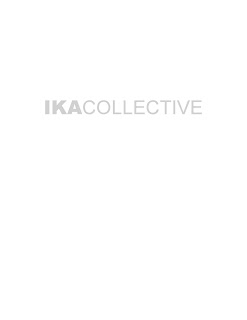 “This year has been an exciting one in the evolution of IKA Collective,” Karr says. “We’ve been a one-stop creative shop since the beginning, but now brands and agencies are embracing that concept like never before. We’re the classic story of an overnight sensation -- 25 years in the making. Adding Rob and Mixology to the Collective increases our creative critical mass and takes audio finishing to a whole new level – he is super-talented and a great fit for us. Stuart has a wealth of experience and connections in the advertising production/post production business to bring our collective skills to an even wider array of clients.”

Since joining IKA Collective, Kahn and his team of audio experts have lent their talents to a launch spot for PurAbsorb, a women’s vitamin supplement, via agency Nail Media Group; a campaign for Penguin Publishing celebrating Nora Robert’s new book, “The Next Always,” and IKA’s own web series “The Midnight Archive.”

“I’m really proud to be associated with Ian and IKA Collective,” Kahn says. “They are a forward-thinking company that is well-positioned to take advantage of the way the industry is heading with its emphasis on creatively nimble companies that can do a lot of things well, fast and on-budget.”

Sternbach joins IKA Collective following years as the president of the independent representation company Pangea, where he represented some of the production/post community’s leading companies. He got his start as an Account Executive at BBDO and from there he transitioned into sales/marketing positions at numerous top post houses before launching Pangea.

“IKA Collective is a rarity in the world of creative production and post,” Sternbach says. “There literally is nothing we can’t do – whether its creative strategy, production or post. IKA Collective possesses the perfect business model for the current economy in which clients are looking to work with shops that can do a lot of things well. I’m proud to be a part of what Ian is building and look forward to playing a role in the company’s the next level of success.”


About IKA Collective:
Founded by noted brand strategist/director Ian Karr, IKA Collective is more than a production company. Rather, they’re creative collective of writers, producers, editors, directors, composers, digital artists, fashionistas, foodies and horror film fanatics who love to tell stories. Whether it’s an ad, a network promo, a digital media project, or their own original content, IKA Collective is all about communicating in a way that entertains and gets results. Our facility includes a live insert stage, five edit rooms, digital color grading, graphics, compositing and audio mixing suites, allowing us to deliver great work at budgets that make sense in every medium. Recent clients include Fox TV, Discovery Channel, Continental Airlines, Hallmark Channel and Penguin Publishing. For more information go to http://www.ikacollective.com
Posted by Ray Ecke at 1:55 PM No comments: