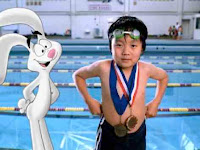 On the heels of last year’s General Mills spot ''Measuring Up,'' Calabash Animation has again teamed with agency McCann Worldwide, New York to animate ''Awards,'' a new spot for General Mills that targets adults with a message highlighting the health benefits found in many popular General Mills cereals such as Trix, Lucky Charms and Cinnamon Toast Crunch, which are rich in whole grains and calcium.

''Most of the time we’re taking popular brand icons Lucky the Leprechaun and the Trix Rabbit and creating these fantastic worlds and environments and the focus is on fun and adventure,'' explains Sean Henry, Calabash’s Executive Producer. ''For this spot, the tone is completely different with the characters toning down their personalities to deliver some very gentle performances.''

''Awards'' features an array of kids winning awards for their achievement in sports and academics. In each scene we see characters like Lucky, Trix and Sonny the cuckoo bird from Cocoa Puffs, standing next to kids beaming with pride over their accomplishments, while the voiceover notes the health benefits found in whole grains and calcium.

Since the spot is designed to appeal to an adult audience, the subtle side of the characters’ personalities had to be showcased. The challenge was to portray an emotional message through the cartoon characters. This required a high degree of sophistication with the animation. ''The result may seem simple, but a lot of thought went into giving a more serious tone to the otherwise exuberant characters,'' Wayne Brejcha, Calabash’s Creative Director said.

The technical challenges included seamlessly compositing live action with animation. ''Though we have mastered this art, every assignment is different and required some extensive experimentation to get the right look and feel,'' Brejcha added.

Brejcha also noted that the spot contained several complex lighting schemes, particularly with the scene in the pool. The light from the pool had to be perfect to evoke a scene grounded in reality rather than seeming surreal. In addition, subtlety was important, especially when it came to the facial expressions of the characters.

''We spent a lot of time on the characters’ expressions,'' Brejcha said. ''We wanted them to seem to be proud of the children like a parent, but in a subtle way so as not to seem like they were being silly. The idea is to speak to adults and get them to think about the product in a different way. Achieving that through animation is never easy and our team did an incredible job with this project.''

About Calabash Animation:
Led by Creative Director Wayne Brejcha and Executive Producer Sean Henry, Calabash Animation, Inc. (www.calabashanimation.com) is the Chicago, IL-based animation production studio, known for its award-winning cel, 3D and stop-motion animation for the advertising and entertainment industries. Calabash Animation is perhaps best known for their creative development of some of America’s most beloved brand icons. In addition to working on some of today’s top advertising the company has also produced several acclaimed short films. It’s 2002 short ‘’Stubble Trouble’’ was nominated for an Academy Award in 2002. Its most recent “Botnik” will hit the festival circuit in Fall 2008.