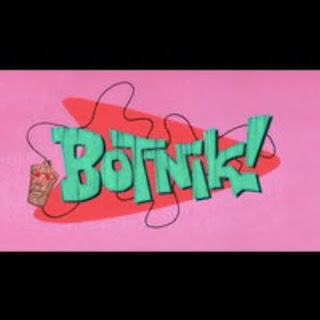 CHICAGO, IL – ‘’Botnik,’’ the animated short produced by Calabash Animation and directed by Calabash’s Jacqueline Smessaert-Brennan wrapped up its film festival run at the end of 2009 with appearances at Filmstock in Luton, UK; Tallgrass Film Festival, Wichita, KS; and the Ojai-Ventura International Film Festival, Ojai, CA.

“The last year has been an amazing learning experience for me,” Smessaert-Brennan says. “We’ve met with some amazing people who love the film and have encouraged us to keep pushing forward with it. Now that we’re nearing he end of our festival run we’re looking forward to pursuing any and all opportunities for ‘Botnik.’ Our goal remains the same as when we started: to get the film seen by as many people in as many mediums as possible, which includes TV, DVD, web, mobile, airlines and beyond.”

• Winning at the Palm Springs International Film Festival in the category of Best Animated Short;

• Being accepted into Comic Con, and serving on a panel with acclaimed animator Bill Plympton and several notable others;

• Meeting with Matt Groening (creator of “The Simpsons”) at Comic Con, which resulted in a screener request from FOX Television.

Written and Directed by Smessaert-Brennan, ’Botnik’’ is a ten-minute cel/digital animated short that tells the story of a frustrated wannabe artist who longs to make the scene with resident hipsters and win the heart of a beautiful beatnik girl. Thwarted by a crushing combination of creative block and pressure to produce, he retreats to his retro-laboratory and emerges with the solution: a gleaming robot artist programmed to create the ultimate art show.

According to Calabash Creative Director Wayne Brejcha, ‘’Botnik’’ represents the company’s most ambitious film production to date and came about thanks to Calabash’s internal film program that encourages staff animators to submit film ideas with the best one being produced. The program began in 2001 and was an immediate success with its first short, ‘’Stubble Trouble,’’ receiving a 2002 Academy Award nomination. Since then the company has produced five animated shorts, all of which are available on the company’s website.

‘’We are extremely proud of ‘Botnik,’ both from a creative and an execution standpoint,’’ said Brejcha. ‘’It’s complex in terms of the story and animation technique, and we look forward to sharing it with the world on the film festival circuit and beyond.’’

Led by Creative Director Wayne Brejcha and Executive Producer Sean Henry, Calabash Animation, Inc. (www.calabashanimation.com) is the Chicago, IL-based animation production studio, known for its award-winning cel, 3D and stop-motion animation for the advertising and entertainment industries. Calabash Animation is perhaps best known for their creative development of some of America’s most beloved brand icons. In addition to working on some of today’s top advertising the company has also produced several acclaimed short films. It’s 2002 short ‘’Stubble Trouble’’ was nominated for an Academy Award in 2002. Its most recent “Botnik” will hit the festival circuit in Fall 2008.

Click here to view the trailer for Calabash’s short ‘Botnik’