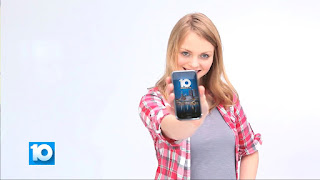 DALLAS, TX – Stephen Arnold Music, the World Leader in Sonic Branding, has announced the release of “Everywhere I Go.” The audio + video image campaign is the latest in a series of comprehensive offerings from Stephen Arnold Music, providing local stations with a cost-effective marketing toolkit that focuses audiences on their multi-platform delivery of information.

Built around a fun, high-energy Americana-tinged pop song that instantly inspires listeners to chant along, “Everywhere I Go” emphasizes local stations’ digital presence spanning online, mobile and social media – as well as a station’s involvement in their community and covering the important stories in their town. In addition, stations can even work with Stephen Arnold Music on custom lyrics specific for their market.
Viewers expect to get news, weather, and traffic updates from stations wherever they are, at any time via their computers, mobile phones, and tablets. The catchy lyrics of “Everywhere I Go” reflect that expectation. “Tell me how the day unfolds/Traffic fast or traffic slow/It’s good to know you’re never far away/You’re just a touch away/Got you…Everywhere/Everywhere I go.”

Like Stephen Arnold Music’s well-received “Waking Up My Day” campaign, which has aired in over 100 markets, “Everywhere I Go” was created to help local stations grow viewership and generate additional revenue. Rather than a typical promo that just lists a stations’ digital offerings, “Everywhere I Go” instead focuses on the audience perspective and the positive feelings that a station stirs by demonstrating that it’s ready with the latest essential information on any device.

As the Leaders in Sonic Branding, “Everywhere I Go” builds on what Stephen Arnold Music does best, helping define the brand identity for such clients as CNN, Fox, ESPN, AXS TV, CCTV, and a full 35% of all US local TV markets.

“A station’s digital offerings have rapidly become a key component of its brand,” says Chad Cook, Vice President, Creative for Stephen Arnold Music. “’Everywhere I Go’ gives immediate credibility to this critical revenue stream, delivering audiences to advertisers on all station platforms, and placing it in a leadership position.  More than anything, the song makes an emotional connection by celebrating the relationship between the viewer and their local news station.”

Cook adds, “Stephen Arnold Music has seen an extremely enthusiastic response to our previous bundled campaigns. ‘Everywhere I Go’ builds further on these cost-effective solutions by providing stations with memorable creative that’s easy to implement, engages with audiences and fills a real need. When it all comes together, the result is a very powerful promotional tool.”


About Stephen Arnold Music:
Often referred to as the most-heard, least-known composers in America, Stephen Arnold Music’s creativity is experienced every day in more than 100 million homes throughout the U.S. Based in Dallas with offices in San Diego and New York, with additional recording studios in Santa Fe, “The World Leader In Sonic Branding™ has more than 20 years of success delivering impactful, brand-defining music that makes a difference for today’s top broadcast networks, cable channels, television stations, film production studios and advertising agencies. With multiple Emmys, Addys and Promax Golds to their credit, Stephen Arnold Music’s specialized approach and commitment to the power of sonic branding, state-of-the-art production and unparalleled customer service is at the core of its promise. Stephen Arnold Music continues to set the creative bar in a highly competitive content landscape.

Click here for a behind the scenes look at the making of “Everywhere I Go”:
http://www.stephenarnoldmusic.com/everywhereigo/?video=181697597
Posted by Ray Ecke at 3:43 PM No comments:

NEW YORK, NY -- One of the surprise hits on the film festival circuit this year has been the documentary “Weiner,” the all-too-revealing inside look behind the failed New York City mayoral campaign of former Congressman Anthony Weiner that took home the Grand Jury Prize at Sundance.  Enhancing the aural impact was HOBO engineers Chris Stangroom, Stephen Davies and Julian Angel, who each played a key role in the film’s audio postproduction.

Directed by Josh Kriegman and Elyse Steinberg, “Weiner” is currently playing in theaters and on VOD, and will premiere on Showtime in October.

Working alongside Supervising Sound Editor and Re-recording Mixer Tom Paul of Gigantic Post, New York, the HOBO team was focused on the film’s dialogue and sound effects, preparing each component for the final mix by Paul. As with most documentaries, the verite style of the film and the varied audio sources used, proved challenging for dialogue editor Stangroom.

“A lot of the audio sources we were dealing with came from old news footage, cell phone cameras and the filmmakers themselves were shooting in guerilla style,” Stangroom says. “We needed to clean all that up – the harsh drones, crackles and blaring sounds of city life. More so than other film genres, nobody pays attention to the audio in docs unless something sounds wrong.  Making sure all of the source audio was as clean as possible was paramount.”

HOBO has worked on numerous other indie documentaries including “Documented,” “The Education Of Mohammad Hussein” and “Breaking A Monster,” as well as several reality TV series, including Discovery’s popular series “Gold Rush” and AMC’s “Making of the Mob.” They most recently teamed with Paul and Gigantic Studios on the indie films “The Seventh Fire” and “Tomorrow We Disappear.”

Layering Ambience:
While Stangroom was immersed in the dialogue, HOBO’s Davies and Angel worked on the overall sound effects, which meant confronting a wide range of extraneous noises and layering subtle, yet crucial, ambiences of city life soundscapes to create a natural mood that allows viewers to focus in on the story.

“Julian and I concentrated on finding the right city ambiences to use, and layering them so they sounded natural and believable,” Davies says. “The challenge sonically was to make it all feel like one cohesive world.”

The Sounds of Brooklyn:
Never was that more key than in the scene involving Weiner yelling into a bullhorn while marching in New York’s Caribbean Festival, a particularly noisy and crowded event held every summer in Brooklyn.

“The parade scene was complex because of the extreme noise level,” Angel notes. “Weiner is yelling into the megaphone, the crowds are almost louder than he is, and booming music from the floats are everywhere, and yet somehow we had to clear out all of that noise and focus on what Weiner was actually saying, and more importantly what the scene represents in the context of the film.”

Adds HOBO President Howard Bowler, ”Filmmaking is a collaborative job with every company contributing creatively to make it work,” he says. “Through sound, we help to pull audiences into the story and keep them entertained and engaged.”


About HOBO:
HOBO is an audio post production company dedicated to creating an exceptional listening experience. The company has earned the trust of some of the most iconic brands and companies in the world. Make yourself at HOBO.