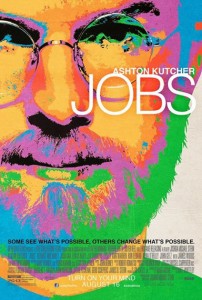 Co-Written and performed by Endo Music Founder/CEO Freddy Monday, (along with Rick Horvath and Randall H. Light), “There Were Times” perfectly captures the jangly guitars and stacked vocal harmony driven sound of 70s-era California rock. The song is featured early in the film when Jobs is working at Atari and just beginning to develop the ideas that would come to define Apple.


“The 70's vibe was always there from the beginning,” Monday says, “but when the Endo team got together on it we took it even further adding the 12-string guitar riffs and three part chorus harmonies. The mood of the song for me is a yearning for a time passed and a feeling of isolation from choices made, and it works very well in the film.”

In addition to being heard in the film, “There Were Times” is also on the film soundtrack record, which also features classics from Cat Stevens, Bob Dylan, Joe Walsh, REO Speedwagon and Toad The Wet Sprocket.


Founded by Monday and COO/Composer Phil Cimino, Endo Music boasts a collective of 25 top composers and musicians that specialize in quality customized music in all genres for Film, TV and Advertising. Their work can be heard in shows ranging from CBS’ “The Young and The Restless”, USA Network’s “Burn Notice,” TNT’s “Dark Blue” and TLC’s “Toddlers & Tiaras,” as well as the upcoming film "The Bronx Bull," a prequel to "Raging Bull" opening November 2.

Additionally, Monday is an accomplished solo artist with three albums available via iTunes. His latest single “Me Are You Are Me” will be available on iTunes October 8.

“Our musical approach to JOBS was one of authenticity in the aesthetic of the life of Steve Jobs and story we were telling,” Mason Cooper, Executive in Charge of Music, Five Star Features, Pasadena, CA, says. “Freddy has amazing creative sensibilities as an artist. In addition to his great talent and sound, his music captures the authenticity and spirit of the period that we needed for the film. It worked perfectly.”