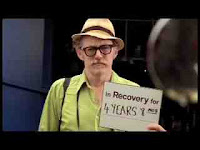 NEW YORK, NY -- Following the success of the Emmy-winning series “Intervention,” A&E has created The Recovery Project, a multimedia and community based outreach program designed to raise awareness about addiction and how it is treatable and recovery is possible. A key component to the project are two moving TV spots featuring a powerful, anthemic score composed by Alex Lasarenko, Creative Director of music/sound design house Tonal.

''The goal of the spots is to show people who are suffering from alcohol and drug addiction that they are not alone, even though they may feel alone,'' Lasarenko says. ''Musically they wanted something that would symbolize that -- something that began very starkly with one instrument, but slowly builds into a larger sounding piece.''

In the spots, entitled ''Share'' (:60) and ''Lifetime'' (:30) we see vignettes of recovering addicts going through their daily lives while they talk about the positive changes in their lives thanks to recovery. The music begins with a simple piano melody that slowly incorporates more instrumental textures such as a soft acoustic guitar and bass. As the music swells to include a string section, drums and a more soaring, anthemic quality, the pace quickens with the subjects now holding signs indicating exactly how long they’ve been in recovery.

In an unusual move that speaks volumes about A&E and director Terence Wiliams’ trust in Lasarenko's musical instincts and how well he captured the emotions the spots are meant to evoke, Lasarenko recorded all of the music before the cameras even rolled. In fact the music, which features all live instruments, was played during the shoot to give the cast and crew inspiration.

''Terence and A&E gave us a lot of creative freedom,'' Lasarenko explains. ''Their only mandate was that the music should start simple and build to a big finish. I heard that several people involved with the project were moved to tears by the music, which makes us proud.”


About Tonal:
Founded in 2002 by award-winning composer/sound designer Alex Lasarenko, Tonal is a place where original music and ideas converge in an artistic environment. Clients ranging from advertising agencies, television networks, feature filmmakers and record labels have sought out Tonal for their distinct ability to craft memorable music no matter the genre. Located in the heart of Manhattan’s West Chelsea arts scene, the company’s offices are destination for artists and performers of all stripes from around the globe. For more information about the company contact Michelle Brunwasser at 212.255.4369 or michelleb@tonalsound.com.

Click here for more info about The Recovery Project:
http://www.aetv.com/real-life-change/

DALLAS, TX -- The premiere of “Amanpour” on CNN represents a pivotal new chapter in the career of the news network’s chief international correspondent, Christiane Amanpour. A live global interview program that hosts the world’s elite in politics, culture and beyond, the show makes its presence known with a gripping custom theme from Stephen Arnold Music.
Stephen Arnold Music matched the larger-than-life profile of Amanpour with a strong set of themes – five in all – that reflected her status as one of the top journalists in the field. Written to reach an international audience, the music’s foundation draws off of a signature four-note sonic logo, unfolding via a stirring arrangement of live orchestral strings, horns, and percussion, combined subtly with advanced electronic elements.

''Christiane Amanpour is among the most recognizable talents in the CNN family worldwide,'' says Stephen Arnold, President of Stephen Arnold Music. “It was important to develop a strong signature that fits her personality. The ‘Amanpour’ theme is distinctive and authoritative and also has a feminine quality to it. A sense of elegance, importance and intellectual appeal were also essential qualities to weave into the music.''

The composition that Arnold and his team wrote and arranged was recorded by members of the Dallas and Ft. Worth Symphony Orchestra, bringing together violins, violas, cellos, French horns and more for a rich sound that only live players and instruments can bring. The result is a theme fit for on-air royalty, effectively mixing majesty, tension and drama, all riding a rhythmic pulse.

With compositions that have been central to the branding of broadcast brands such as CBS, Fox Business Channel, The Weather Channel, and a full 35% of all U.S. local TV markets, Stephen Arnold Music’s expertise made them a natural choice for the project. ''We have a strong feel for what CNN’s network sound is, and we made sure to extend that to ‘Amanpour’,'' Arnold says. ''Our longtime experience in sonic branding is what allowed us to translate Christiane Amanpour’s amazing qualities into a fitting theme for her new show.''

Stephen Arnold Music recorded strings, santoor and a wealth of percussion instruments with ancient Middle Eastern roots, plus the latest in modern synths, to make an invigorating cross-cultural statement. ''A good hook is a good hook,'' Stephen Arnold says of the company’s ability to write across an international range. ''It takes a lot of experience and research to fuse traditional and contemporary styles, but you also have to just put your head and heart into the music. You can hear we did just that in the new theme for CNN’s ‘Inside the Middle East.’''


About Stephen Arnold Music:
As a multiple Emmy, Addy and Promax Gold award-winning music production company, Stephen Arnold Music has over 15 years of success in delivering the sounds that make a difference to networks, television stations, advertising agencies, film studios and video game companies the world over. The company's Commanding Sonic Branding approach to music production and commitment to industry-leading service is at the core of its promise. For more information, please visit http://www.stephenarnoldmusic.com

Click here for more info about 'Amanpour':
http://edition.cnn.com/CNNI/Programs/amanpour/
Posted by Ray Ecke at 12:49 PM No comments: