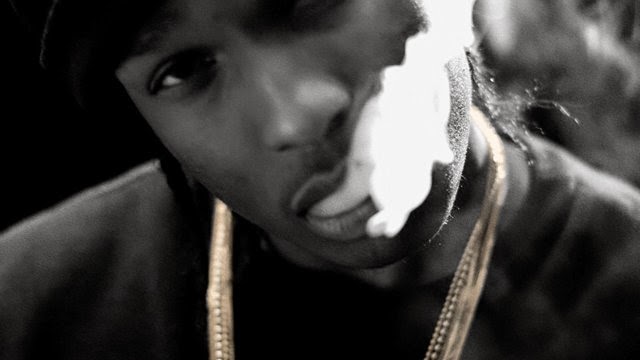 Working closely with major record labels such as RCA and Epic, a has become an indispensable creative resource for crafting engaging, conceptually driven video content, graphics packages and more for music’s biggest stars.

“There’s such a high demand for content today, not just music videos, but content that takes fans where most can’t go – backstage, into the recording studio or on the set of their latest music video,” Nicholas Robespierre, Vice President, Video Production at RCA Records says. “It’s the kind of content that demands a creative studio that is nimble and able do a lot of things well. Sometimes we need a live action production, sometimes we need an animation or graphics package, sometimes an edit. That’s why we’ve worked with Hiccup for nearly 7 years – they can do it all.”

Recent Hiccup music work includes a 30-minute documentary about the making of Michael Jackson’s latest posthumous release “Xscape” that recently aired on BET; a behind the scenes look at guitarist Santana’s latest music video that ties into World Cup 2014; the iconic music video “Goldie” for hip hop artist A$AP Rocky; and an array 2-3 minute promotional pieces for Gavin DeGraw, Cage The Elephant and Sleeper Agent, to name a few.

Agency Mindset:
For Hiccup Creative Director Rob Simone, the primary reason for Hiccup’s success in the music industry centers on a creative agency mindset that emphasizes a conceptual approach in sync with the artists’ image, music, website, photos, etc.

“We are first and foremost a creative agency,” Simone says. “While we do amazing production and post work, we don’t come to these projects with a post or production mindset. We think like an agency, and for our music work that means looking closely at the artist as a whole and coming up with a conceptual approach that works for them.”

For Chief Creative Officer Michael Cruz, the challenge for the company’s music projects centers on tight deadlines (sometimes as little as a few days), and volume (as many as 10 different projects in the pipeline in a given month). The secret, Cruz notes, is the Hiccup workflow and a creative team that’s been refined over the years like a finely tuned instrument.

“We’ve really perfected the process,” Cruz says. “It’s not easy to work on as many music projects as we do and give each of them their own unique look and feel, especially given the deadlines and budgets, but we’ve managed to make it work, and in the process become a major player in this competitive arena.”


About Hiccup Media:
In 2006, we believed that brands were developing a need for a different type of agency. With the growing demands for video, mobile and content in general, a secondary more nimble firm was becoming more of a necessity. Hiccup Media was founded to meet that demand. We believe that broadcast work and non-broadcast work are equally important and dually essential pieces of a brand’s strategy. Therefore, we develop creative timing and cost solutions that make sense in today’s industry and we never sacrifice quality. For more info go to http://www.hiccupmedia.com.