Calabash Animation Blow-Up The Moon In Latest For Lucky Charms 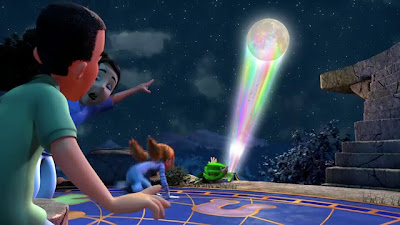 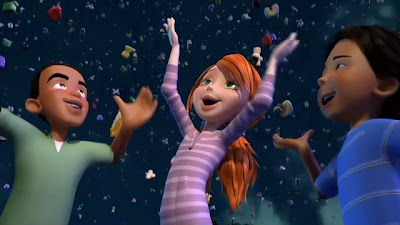 CHICAGO, IL - Apparently the moon is made of Lucky Charms cereal pieces - at least it is in the fantasy world found in "Paper Moon" -- the new CG animated ad brought to life by Calabash Animation (www.calabashanimation.com) for General Mills. The spot was created by agency Saatchi & Saatchi, New York.

"With each new Lucky Charms spot we try to build on the last one, not only story-wise but technically as well," Sean Henry, Calabash Animation's Executive Producer explains. "We always want to push it creatively and come up new ways of exploring the Lucky Charms world. For "Paper Moon", we really pushed the camera movement because we wanted to keep the energy and pace high. There are few static shots. The spot is alive and dynamic throughout."

"Paper Moon" is set amid an ancient astrological ruin -- complete with Stonehenge type slabs of rock, and marble surface revealing detailed inscriptions of Lucky Charms cereal pieces. It is there we find Lucky the Leprechaun summoning his rainbow powers to create the six new moon-shaped pieces now found in Lucky Charms.

Interrupted by those kids who are "always after his Lucky Charms," the chase is on -- until Lucky stumbles and accidentally focuses his book of magic on the moon, causing it to explode and rain cereal to the delight of the kids. The spot ends with Lucky surfing a rainbow and using the book to recapture the cereal and make his getaway.

"We had a huge challenge in making the moon blow up with all these cereal bits flying out everywhere," Wayne Brejcha, Calabash Creative Director says. "We used new software plug-ins to fragment the moon's sphere and send the pieces tumbling in every direction. The camera move was poetic and dizzying, and it works dramatically."

Brejcha adds, "We painstakingly choreographed the characters to fit this constantly moving perspective and made many revisions to get it working as smoothly as possible. From the character's perspective we wanted to push the performance of the kids and Lucky to a higher level."

About Calabash Animation:
Led by Creative Director Wayne Brejcha and Executive Producer Sean Henry, Calabash Animation, Inc. (www.calabashanimation.com) is the Chicago, Il-based animation production studio, known for its award-winning cel, 3D and stopmotion animation for the advertising and entertainment industries. Calabash Animation is perhaps best known for their creative development of some of America's most beloved brand icons. In addition to working on some of today's top advertising the company has also produced several acclaimed short films. It's 2002 short ''Stubble Trouble'' was nominated for an Academy Award in 2002.

Posted by Ray Ecke at 12:07 PM No comments: Links to this post 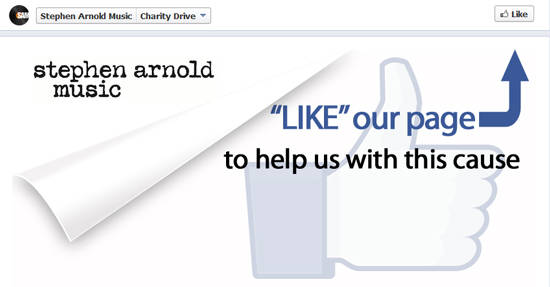 That's why Stephen Arnold Music (www.stephenarnoldmusic.com), the leader in sonic branding, is spearheading a new effort to raise $5,000 for the organization.

Simply go to their special Facebook page at http://ulink.tv/ch-17, and Stephen Arnold Music will donate $1 for each new "Like" that the campaign receives, all the way to $5,000.

Simple as that. Everyone who "Likes" the Facebook page will be helping Little Kids Rock to partner with school districts. Little Kids Rock trains public school teachers in their innovative curriculum, and donates all of the instruments and resources necessary to run full-fledged music programs.

Stephen Arnold Music first found a meaningful way to give back to Little Kids Rock in 2012: They released The Six Strings of Christmas (http://littlekidsrock.org/stephenarnold.html), an album of virtuoso guitar performances where 100% of the proceeds support the New Jersey-based nonprofit organization.

Stephen Arnold Music's sonic branding has been central to the identity of such clients as Nexstar Broadcasting, Fox Business Channel, CNN, The Weather Channel, and a full 35% of all US local TV markets.

"Kids are the next sonic branders, and we want to keep encouraging them to be creative with music," Stephen Arnold, President of Stephen Arnold Music says. "The Facebook campaign is underway, and it's been a fun and easy way to get people involved. No need to write a check -- just click and we'll cover it."

About Stephen Arnold Music:
As a multiple Emmy, Addy and Promax Gold award-winning music production company, Stephen Arnold Music has over 20 years of success in delivering the sounds that make a difference to networks, television stations, advertising agencies, film studios and video game companies the world over. The company's Commanding Sonic Branding approach to music production and commitment to industry-leading service is at the core of its promise. For more information, please visit http://www.stephenarnoldmusic.com.

Posted by Ray Ecke at 9:15 AM No comments: Links to this post 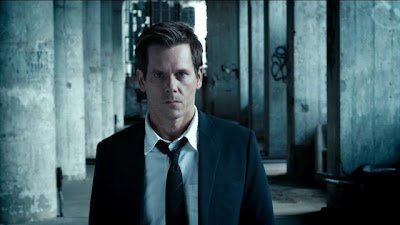 NEW YORK, NY -- For the launch of the new psychological drama THE FOLLOWING, which marks Golden Globe winner and Emmy Award-nominated actor Kevin Bacon's primetime series debut, Fox Broadcasting Company (FOX) again turned to the creative production/post studio hybrid IKA Collective to produce one of the multi-spot promo campaigns that led to the series' highly-rated premiere. IKA had previously worked on successful series launch promo campaigns for several other FOX series, including NEW GIRL, RAISING HOPE and THE MINDY PROJECT. They also produced the extravagant promo for last season's SO YOU THINK YOU CAN DANCE premiere.

"We're proud that FOX again entrusted us with this crucial series launch," Ian Karr, Founder/Director at IKA Collective and Executive Producer on this project, says. "Launches are a huge deal -- for the networks and for IKA. Whether it's assembling an A-list team, or coming up with creative solutions to logistical and production challenges, we thrive in that high-stakes environment."

Directed by Kerry Shaw Brown and lensed by Anthony Arendt, production on the two promos (entitled "Footsteps" and "The Raven") proved especially challenging because it called for multiple, visually unique promos to be shot in just one day. That meant finding a location that not only captured the sense of urban dystopia that drives the creative, but one that also provided enough space to build a jail cell and an FBI office set.

Karr and his production team used an abandoned grain elevator in Brooklyn as the primary location for the sequence in which series co-star James Purefoy and his many followers walk through a graffiti-filled, decaying building, leaving behind bloody footprints as they walk toward a stone-faced Bacon. The other sets were built in an adjacent structure, creating a "pop-up" production studio on the Brooklyn waterfront.

"The FOX team came to us with epic creative concepts and everyone performed at their very highest level," Karr adds. "The spots turned out great and more than 20 million viewers tuned in for the premiere. It doesn't get much better than that."

About IKA Collective:
Founded by noted brand strategist/director Ian Karr, IKA Collective is more than a production company. IKA Collective is all about communicating in a way that entertains and gets results. Our facility includes a live insert stage, five edit rooms, digital color grading, graphics, compositing and audio mixing suites, allowing us to deliver great work at budgets that make sense in every medium. Recent clients include Discovery Channel, United Airlines, Hallmark Channel and Penguin Publishing. For more information go to http://www.ikacollective.com

ABOUT THE FOLLOWING:
Airing Mondays (9:00-10:00 PM ET/PT), THE FOLLOWING is a fast-paced psychological thriller that follows a former FBI agent who is called out of retirement to track down a devious and diabolical serial killer, the mastermind behind an ever-growing web of murderers.

THE FOLLOWING is from Bonanza Productions Inc. in association with Outerbanks Entertainment and Warner Bros. Television. The series is created, written and executive-produced by Kevin Williamson. Marcos Siega ("Dexter," "The Vampire Diaries") also serves as an executive producer and directed the pilot.

Posted by Ray Ecke at 9:51 AM No comments: Links to this post